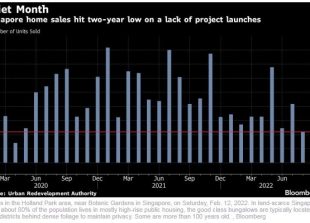 (Bloomberg) — Singapore home sales fell 48% in August to the lowest in more than two years as a lack of supply kept buyers at bay.  Purchases of new private apartments dropped to 437 units last month from 834 in July, Urban Redevelopment Authority figures showed Thursday. That was the fewest since April 2020, when […] 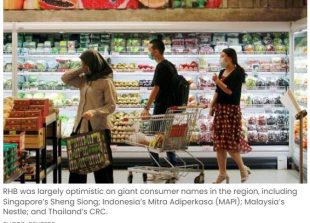 COMPANIES with strong pricing power will have much to gain from the inflationary environment as these players tend to have more stable profit margins when dealing with cost pressures. Singapore and Indonesia are believed to be among the biggest winners in the region, as RHB in its report on Thursday (Sep 15) forecast 3.2 per […]

MANILA, Philippines — Money sent home by Filipinos overseas grew at a slower pace in July, as better exchange rates as a result of a weak peso allows expats to reduce the dollars they send to their families. Cash remittances coursed through banks went up 2.3% year-on-year in July to $2.92 billion, the Bangko Sentral […] 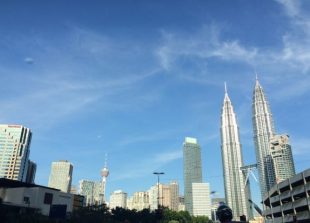 KUALA LUMPUR: JP Morgan is optimistic that Malaysia will be able to meet the annual gross domestic product (GDP) growth of 7.7% in 2022, which is likely to be one of the highest in the region. According to JP Morgan Malaysia chief executive officer Wong Hooi Ching, the country’s economy is resilient with a strong […]

Indonesia’s trade surplus widened in August, thanks to strength in the country’s exports. Southeast Asia’s largest economy recorded a trade surplus of $5.76 billion, wider than the $4.23 billion surplus in July. A poll of analysts by The Wall Street Journal expected a surplus of $4.69 billion. Indonesia recorded trade surpluses with India, the U.S. […] 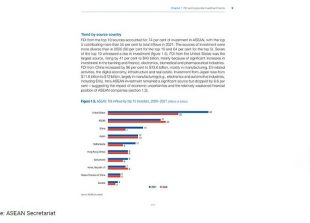 Asean countries together received $174 billion as Foreign Direct Investment (FDI) in 2021, a 42 percent rebound compared to the previous year, according to the Asean Investment Report 2022, released by the Asean Secretariat yesterday. The increase to near pre-pandemic levels reversed the 30 percent decline in 2020 ($122 billion) caused by the Covid-19 outbreak […]