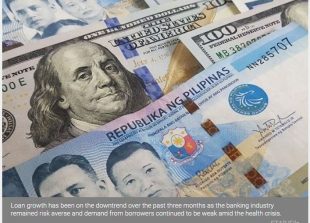 MANILA, Philippines — Bank lending in the Philippines is expected to recover with a growth of eight percent by the end of the year, according to Fitch Solutions Country Risk & Industry Research. Loan growth has been on the downtrend over the past three months as the banking industry remained risk averse and demand from […] 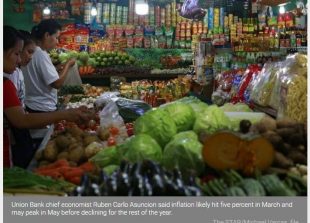 MANILA, Philippines — Inflation likely accelerated further in March after quickening to a fresh two-year high of 4.7 percent in February, top bank economists said. Union Bank chief economist Ruben Carlo Asuncion said inflation likely hit five percent in March and may peak in May before declining for the rest of the year. He said […]

Philippines: Tariffs, foreign ownership cap are barriers to US investments

MANILA, Philippines — Tariffs on certain goods and restrictions on foreign ownership were among the main barriers cited by US firms in doing business in the Philippines. In its 2021 National Trade Estimate report, the Office of the US Trade Representative (USTR) said concerns on intellectual property (IP) protection, as well as corruption, are likewise […]

Exposure to weak property market could diminish banks’ buffers Debt watcher Fitch Ratings has warned the Philippine banking sector of heightened impairment risks from the property sector. “Protracted economic weakness could expose the banks to lumpy impairments and diminish their loss-absorption buffers – given their high large-borrower concentration and the strong correlation of the property […] 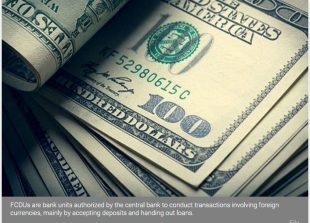 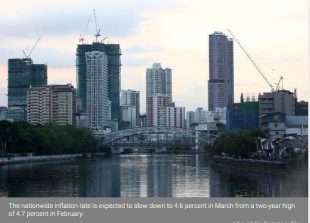 MANILA, Philippines — Inflation likely eased in March amid cuts in electricity rates in areas serviced by Manila Electric Co. (Meralco) as well as cheaper food items due to improved supply conditions and the continued implementation of price caps on meat products, according to the Bangko Sentral ng Pilipinas (BSP). The nationwide inflation rate is […]