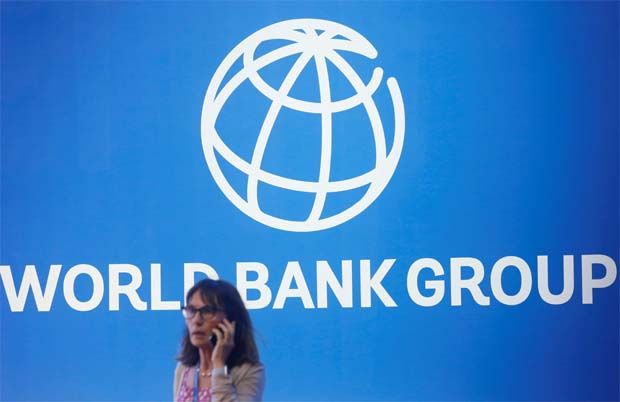 KUALA LUMPUR: Malaysia’s economy is expected grow 5.5 per cent this year, driven by recovery in domestic demand, expansion in exports, and reopening of borders, according to a World Bank report.

It said the external sector will continue to lend its support, especially that of electrical and electronics (E&E) goods and medical rubber gloves.

However, it cautioned that the growth could slow to 4.8 per cent if the global condition worsens amid the Russia-Ukraine conflict, financial tightening in the United States, and structural slowdown in China.

Other risks include a worsening in supply chain disruptions and the emergence of more severe COVID-19 variants.

“While the economy is projected to be on a recovery path, COVID-19, food inflation and floods are expected to weigh down progress on wellbeing of the poor and vulnerable,’’ according to the World Bank’s East Asia and Pacific (EAP) Economic Update April 2022 titled “Braving the Storm”.

Last year, the World Bank projected Malaysia’s economy to grow 5.8 per cent this year compared to 3.1 per cent in 2021.

The World Bank said a monetary policy shock in the US, assumed to increase interest rates by at least 25 basis points, is likely to hurt growth by as much as −0.4 percentage points in Malaysia.

‘’The earlier-than-expected monetary tightening in response could make recovery even harder in other countries. Financial conditions in the US are of particular significance for developing EAP countries, especially those like Malaysia, which rely more on short-term capital flows.

‘’The risk of capital outflows, which could put pressure on their currencies, could induce premature financial tightening,’’ it said.

On the one hand, the financial shock from the war in Ukraine may lead to a slower-than-planned tightening of US monetary policy despite the stronger inflationary pressures.

As for the EAP region, GDP is expected to expand 5.0 per cent this year and could slow to 4.0 per cent, down from earlier projection of 5.4 per cent in October last year.

Growth is expected to slow down both in China and the US due to the structural slowdown and regulatory regime change and cyclical slowdown, respectively.

‘’Therefore, both are expected to make smaller contributions to global growth in 2022 and 2023 than in 2021, the year in which output rebounded from the COVID contraction.

‘’However, the absolute size of China and the US’ contribution to growth, is estimated to be almost as large as in the pre-COVID years,’’ it said.

In addition, a slowdown in the growth of G7 countries by 0.9 per cent would imply weaker export demand for EAP countries and hence, a decline in their average growth by as much as 0.6 per cent.

The World Bank said the Russia-Ukraine war and sanctions would likely increase international prices of food and fuel, hurting consumers and growth. – Bernama