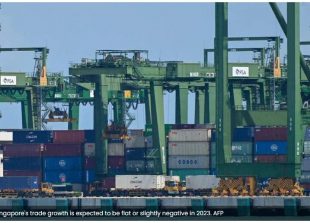 SINGAPORE on Wednesday (Nov 23) upgraded its 2022 full-year trade forecasts for the third time this year, even as it projected negative to flat trade growth for 2023. Total merchandise trade is now projected to grow 19.5-20 per cent in 2022, up from an earlier prediction of 15-16 per cent, according to Enterprise Singapore (EnterpriseSG). […] 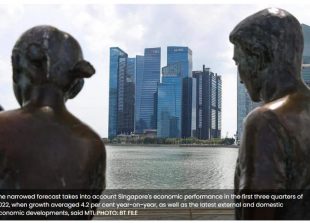 SINGAPORE’S economy is forecast to grow at between 0.5 per cent and 2.5 per cent in 2023, while the official full-year growth forecast for 2022 has been narrowed to “around 3.5 per cent”, according to a Ministry of Trade and Industry (MTI) release on Wednesday (Nov 23). This follows the Monetary Authority of Singapore’s (MAS) […] 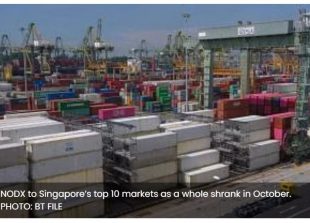 SINGAPORE’S non-oil domestic exports (NODX) contracted by a shock 5.6 per cent year on year in October from a high year-ago base, with both electronic and non-electronic exports falling. This is the first decline since November 2020. October’s fall was significantly larger than the 1.7 per cent decline forecast by economists in a Bloomberg poll, […]

(Bloomberg) — Easing tensions between China and the US won’t assure the world of peace, but it will definitely make it a safer place, according to Singapore’s Senior Minister Tharman Shanmugaratnam. Even with ties restored, there would be constant friction between the world’s two biggest economies, Tharman said in a panel discussion at the Bloomberg […] 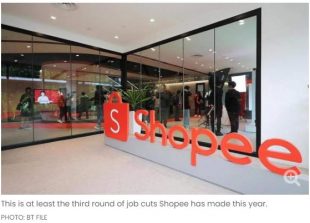 Sea e-commerce arm Shopee cuts jobs in third round of layoffs this year, including in Singapore

E-COMMERCE giant Shopee on Monday (Nov 14) started another round of layoffs, which affected some people in Singapore, in yet another round of job woes as its parent Sea Limited struggles towards profitability. This is at least the third round of job cuts Shopee has made this year, following its most recent layoffs in September. […] 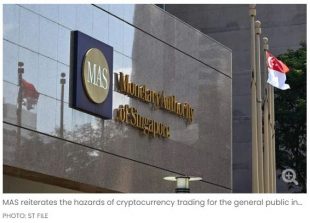 THE Monetary Authority of Singapore (MAS) has called on consumers to “exercise utmost caution when trading in cryptocurrency” in its responses to queries about FTX and its operations here. Currently, FTX.com does not operate in Singapore, nor does it have the licence or exemption to operate here. But the regulator noted that it cannot prevent […]