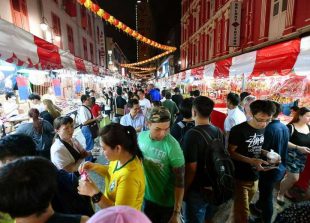 SINGAPORE – Singaporeans are tightening their belt this Chinese New Year, with plans to cut overall spending, according to a recent United Overseas Bank survey. The respondents said they intend to spend an average of $2,503 each, down by 11 per cent from last year’s budget of $2,805. About 500 people aged between 18 and […] 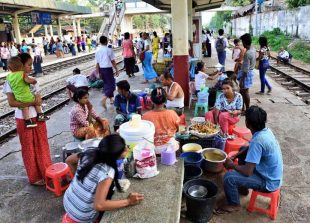 ASEAN: Asia’s smallest economies forecast to be among fastest growing

MAKATI (BLOOMBERG) – Asia’sÂ smallest economies areÂ growing faster than giants like China, according to the World Bank. Cambodia, Laos and Myanmar will post the most rapid expansions in Asia after India from 2017 to 2019, sustaining growth rates of close to 7 per cent, according to forecasts released this week. Among the least developed countries, the […] 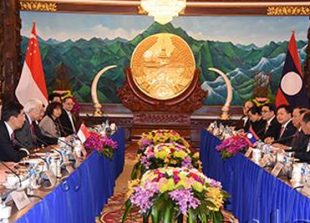 President Bounnhang Vorachit on Thursday held a bilateral meeting with his Singaporean counterpart Tony Tan Keng Yam who is on a three-day official visit to strengthen ties and cooperation between the two countries. At the meeting, which was also joined by senior officials of the two countries, President Yam praised the Lao PDRâ€™s chairmanship of […]

But concerns linger that some will not comply with Opecâ€™s plan SINGAPORE: Oil edged up on hopes that some planned output cuts agreed by the Organisation of the Petroleum Exporting Countries (Opec) and other producers would be implemented, recovering some ground from losses the previous day over doubts the reductions would rebalance an oversupplied market. […] 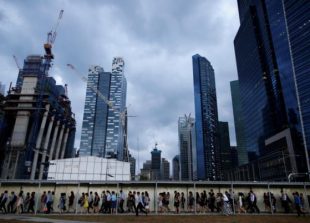 Singaporeâ€™s economic growth quickened to the fastest pace in more than three years last quarter as manufacturing and services rebounded. Key points Gross domestic product rose an annualised 9.1% in the three months to December from the previous quarter, when it declined a revised 1.9%, the Trade Ministry said in a statement on Tuesday The […] 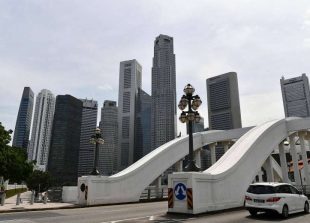 Singapore dollar bonds worth S$22 billion are callable or due to mature next year, exposing issuers and investors to refinancing risks as borrowing costs rise in the US, IFR reported. The US Federal Reserve last Wednesday (Dec 14) raised policy rates by 25 basis points and surprised markets with guidance for three, instead of the […]