MANILA, Philippines — The government paid 37 percent more for its debt obligations in the seven months to July, using up nearly two-thirds of its debt servicing program for the year. According to the Bureau of the Treasury, the government hiked its debt payments to P834.32 billion as of end-July from P608.25 billion a year […] The government announced last week that it was planning to reopen Bangkok, Chonburi, Phetchaburi, Prachuap Khiri Khan and Chiang Mai within the first week of October. This second-phase reopening will, of course, depend on the number of people vaccinated against Covid-19 in each province. This phase is being launched after the first-phase reopening of four […] HANOI: Vietnam plans to reopen the beach-fringed island of Phu Quoc to foreign tourists from next month, authorities said, as the country looks at ways to revive an economy suffering from extended lockdowns due to the coronavirus pandemic. The island, 10 kilometres off the coast of Cambodia is expected to open for a trial period […] Consumer confidence plunged to the lowest level in almost 23 years in August thanks to the government’s tight restrictions to contain Covid-19 spread in 29 provinces. The University of the Thai Chamber of Commerce (UTCC) reported on Thursday the consumer confidence index fell to 39.6 in August from 40.9 in July, 43.1 in June, 44.7 in […] 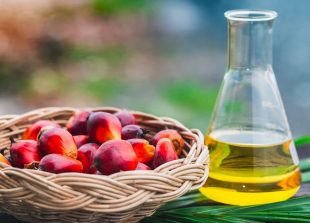 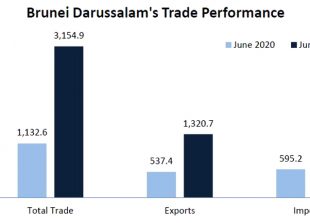 Brunei’s total trade increased by 178.6 per cent in June

Brunei Darussalam’s total trade was valued at BND3,154.9 million in June, an increase by 178.6 per cent from BND1,132.6 million during the same month last year. Meanwhile, for month-to-month changes, total trade for June increased by 70.5 per cent compared to May. Total exports increased by 145.8 per cent year-on-year to BND1,320.7 million compared to […]