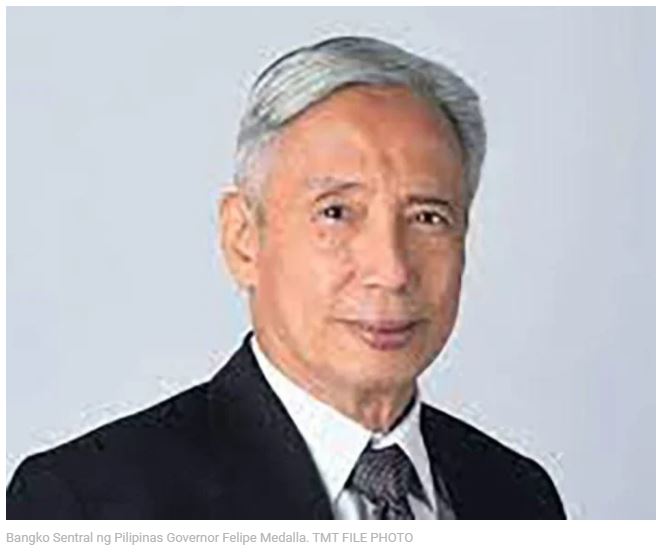 Medalla’s announcement confirmed his earlier claim that the Monetary Board, which sets policy rates for the BSP, is ready to increase rates on August 18 at their fifth rate-setting meeting by at least 25 to 50 bps.

He said the Bangko Sentral is steadfastly committed to maintaining price stability and that it is closely monitoring financial market developments, particularly the recent hawkish stance of the United States Federal Reserve (Fed), which has put significant downward pressure on major world currencies, including the Philippine peso.

The central bank chief also cautioned that such pressures left unchecked, “these could add to the already high domestic inflationary pressures.”

According to the minutes of the Federal Open Market Committee meeting, officials committed to more stringent monetary tightening in the US, such as 0.50-0.75 Fed rate hike on the next rate-setting meeting on July 27 this year, to prevent inflation from becoming entrenched.

“The BSP is ready to take further policy actions, if needed.

It will also continue to support and advocate for non-monetary actions by other government agencies to contain any further inflationary pressures that may spill over to 2023,” Medalla added.

Earlier this week, he also said current circumstances might cause the benchmark interest rates set by the Bangko Sentral to hike by another 150 bps this year.