Cambodia: Alternative to TPP shows no sign of activity: analysts 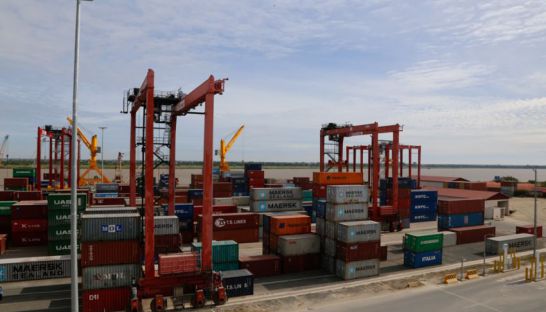 Cambodia: Alternative to TPP shows no sign of activity: analysts

While Prime Minister Hun Sen has publicly expressed his distaste for the Trans-Pacific Partnership (TPP), which was dealt a critical blow by US President Donald Trump’s decision to withdraw the United States from the agreement, economists say there has been little visible progress in cementing a rival multilateral free trade agreement that puts China and ASEAN in leading roles.

While Cambodia was never included in the TPP’s 12 signatory Pacific Rim nations, it is included in the Regional Comprehensive Economic Partnership (RCEP), a more inclusive and less-stringent 16-nation Asia-Pacific free trade agreement that counts all 10 ASEAN countries as members, as well as China, India, Australia, Japan, South Korea and New Zealand.

Speaking during the opening session of the Fifth China Round Table on WTO Accession in Siem Reap on Monday – a three-day conference aimed at discussing best practices for least-developed countries to join the WTO – the premier reiterated his opposition to the floundering TPP.

“I say honestly, I want the TPP to die because it would split ASEAN by not including all members,” he said. “The TPP would only take four ASEAN members while leaving out the other six. Why not take all so that it doesn’t split ASEAN?”

Despite the apparent demise of the TPP, there is little to indicate that the alternative RCEP, first introduced in 2011, was any closer to realisation.

“From my vantage point there hasn’t been much material progress on the RCEP,” said Miguel Chanco, lead analyst for ASEAN at the Economist Intelligence Unit. “Naturally there has been more discussion about the deal since the death of the TPP, but that is about the full extent of it – more talk, less action.”

He said from a purely economic standpoint it would make sense for Cambodia to push for the China-led regional trade agreement.

“As Cambodia will continue to move up the income ladder it will gradually lose trade preferences with a host of key markets in the West,” he explained. “Pushing for RCEP would help the country diversify away from its heavy reliance on exports to the EU and the US by securing greater access to non-traditional markets in the immediate region.”

Jayant Menon, lead economist for Asian Development Bank’s Office for Regional Economic Integration, was more optimistic that RCEP members were closing in on a final draft, noting however that numerous deadlines to settle negotiations had been missed.

“But this may also indicate a desire to achieve concrete reforms, rather than just compromise,” he said. “There are good signs that the agreement may be concluded this year.”

Menon added that if the RCEP were concluded, Cambodia would stand to gain with preferential access to a combined market of 3.4 billion people and 30 percent of the world’s GDP. The agreement could also help spur flows of foreign direct investment (FDI) into the Kingdom.

However, Arup Raha, chief economist of Malaysia-based CIMB Group, argued that it could take some time before any of the signatories actually saw benefits. “I actually haven’t seen any movement in regards to RCEP,” he said. “And even if there was, there is still the bottleneck of India being willing to reduce its tariffs and liberalise trade.”

Raha advocated that in the meantime Cambodia should try to broker bilateral trade deals that allow the Kingdom to plug into supply chains by catering to the demand of end consumers in more prosperous nations.

“What Cambodia needs to do is diversify its exports to attract FDI. The country is still coming from a low base reliant on garments,” he said. “And with the maturation of supply chains and the slowdown of global trade due to China’s economic rebalancing, Cambodia needs to be careful on how it positions itself for the future.”