Thailand’s border and transit trade value increased by 19.3% year-on-year to 384 billion baht in the first quarter this year, driven mainly by trade with Malaysia and rising demand for Thai rubber. 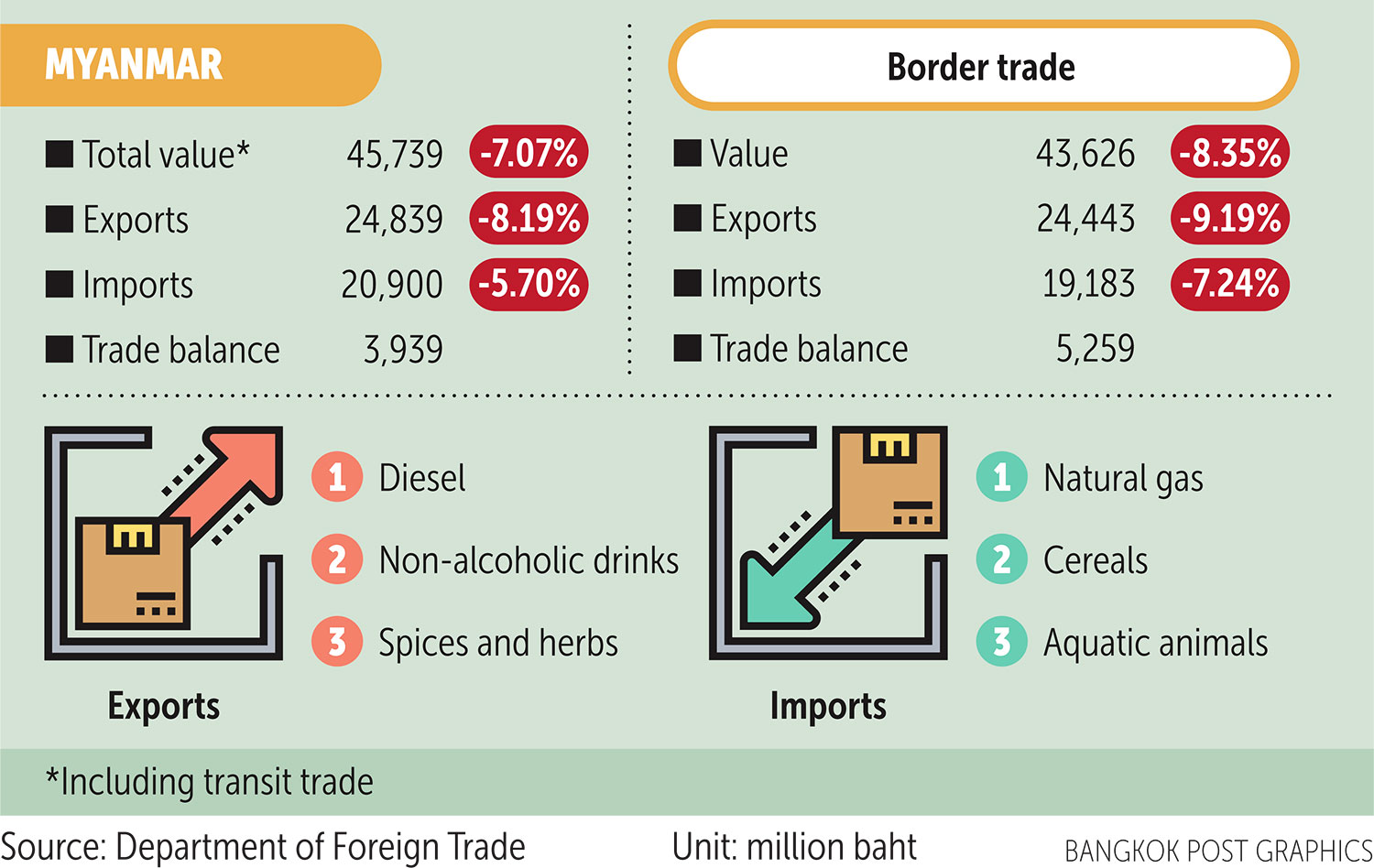 Transit trade refers to the transport of goods through more than one country.

Of the total figures, exports from Thailand totalled 226 billion baht, up 20.5% from the same period last year, while imports rose 17.7% to 158 billion, resulting in a trade surplus of 68.4 billion during the first three months, according to the Foreign Trade Department.

Considering that border trade measures only exchanges with four neighbouring countries, the department said the total trade value amounted to 223 billion baht, up 9.57%, with exports expanding by 12.1% to 136 billion and imports rising 5.38% to 86.2 billion.

The department also added that transit trade with other countries, including Singapore, Vietnam and southern China, totalled 161 billion baht, up 36.1%, with exports rising by 36.1% to 89.5 billion and imports rising by 36% to 71.3 billion in the first quarter of the year.

Meanwhile, transit trade with southern China fetched the greatest value at 67.2 billion baht, followed by Singapore (26.1 billion), Vietnam (16 billion) and other countries such as the US, Taiwan, Japan and South Korea (51 billion each).

Major exports to China include rubber and fresh, chilled, frozen and dried fruit.

The main imports from China, Singapore and Vietnam include farm produce and materials used in the electronics and chemical industries.