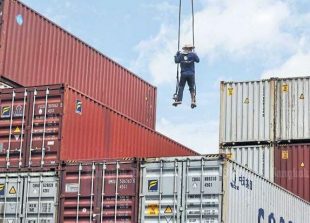 The stronger baht may tame the pace of the export recovery and make Deputy Prime Minister Somkid Jatusripitak’s 5% growth target hard to achieve, shippers say. “Mr Somkid has an ambitious hope of 5% growth, but in reality we might see only a 1.5-2% expansion this year,” said Nopporn Thepsithar, president of the Thai National […] 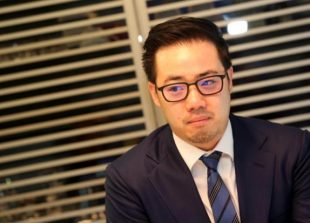 King Power Group, the country’s largest duty-free operator, plans to spend 10 billion baht for business expansion over the next five years, aiming to become a top five global chain. Chief executive Aiyawatt Srivaddhanaprabha said the budget will be used to open five duty-free branches in Thailand and overseas, bringing its total to 14 by […]

Kasikorn Research Center (K-Research) is keeping its forecast for Thai economic growth at 3.3% this year, even as the Bank of Thailand raised its projection to 3.4% earlier this week. Economic growth in the second half is expected to expand at a faster pace than the first half as state investment in big-ticket infrastructure projects […] 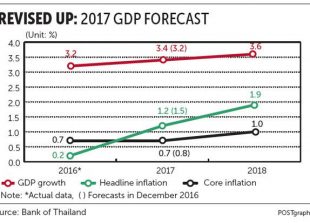 The Bank of Thailand’s Monetary Policy Committee (MPC) yesterday raised its 2017 economic growth forecast to 3.4% from 3.2% predicted three months ago because of a stronger export outlook, as it kept the policy rate unchanged at 1.5% as widely expected. At the meeting, the MPC judged that Thailand’s growth outlook had improved and the […]

Chinese e-commerce giant Alibaba Group plans to set up an electronic logistics hub in Thailand’s Eastern Economic Corridor (EEC) for distribution of its goods to the Asean region, says a senior EEC official. Kanit Sangsubhan, the secretary-general of the EEC Office, said Alibaba’s investment in the EEC will be done through its subsidiary, Lazada Group. […] 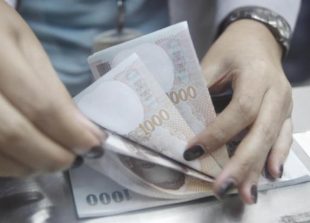 The baht’s further upside bias to the US$34-mark is seen as a short-term run on the back of persistent offshore fund inflows, largely to the Thai bond market, prompted by a perception that the local currency is a safe haven, says a senior official at Phatra Securities. The firmer baht is setting a trend as […]