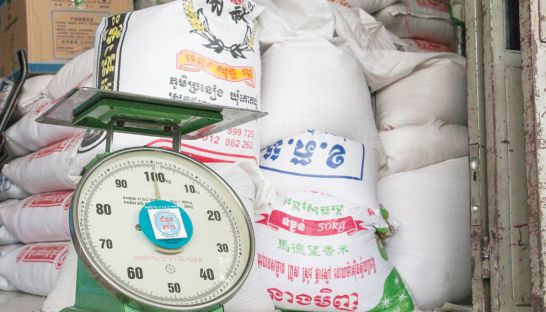 After Cambodian rice exports declined dramatically in March, caused by what millers claimed was a stricter enforcement of sanitary and phytosanitary (SPS) measures by the Chinese government, the Ministry of Agriculture announced yesterday that it would lobby on the sector’s behalf to allow more millers to be eligible for export.

According to a Facebook post by Hean Vanhan, undersecretary at the Ministry of Agriculture, officials sent a letter to the Chinese government asking for the country to accept rice imports from more than the current 26 that have already been approved. This is the second such letter sent to Chinese officials, according to the ministry.

Vanhan in his post asked millers to understand the difficulties the ministry was facing in reaching an agreement for exports.

“The Agricultural department promises to continue its intervention in order to get approval from China to make more [millers] able to export rice [to China],” he said, without giving further detail.

Overall rice exports grew by only 3 percent during the first quarter, down from double digit growth in the first two months of the year. China is Cambodia’s second largest rice export market after the European Union.