MANILA, Philippines — The Freedom from Debt Coalition (FDC) said the country’s record-high P11-trillion debt would make it difficult to revert the economy’s momentum to its pre-pandemic levels. In a forum hosted by the non-profit Freedom from Debt Coalition (FDC), former senator Wigberto Tañada said servicing the huge debt pile may restrict the next administration’s […] FOOD and beverage (F&B) and other services businesses appear desperate for help, as Singapore headed into its third dine-in ban since the Covid-19 pandemic began. Representatives from the industry reiterated calls for deeper support on Wednesday, as stricter curbs take their toll on eateries and retailers – including many small businesses. Rents, wage costs and […]

The Bank of Thailand (BoT) is debating a reduction in interest rates for some consumer loans amid fears that lenders will reject high-risk borrowers and drive them towards loan sharks, an assistant governor said Wednesday. Last month, Prime Minister Prayut Chan-o-cha asked the Bank of Thailand to review the ceiling of interest rates for credit […] 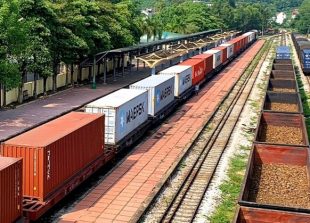 Vietnam Railways (VNR) on July 20 added a new rail freight link from Vietnam to Belgium, with the first train departing from Yen Vien station, Hanoi, and expected to arrive at Liege City in Belgium. Then, containers will be delivered to Rotterdam city (Netherlands) by lorries. VNR said the train carried 23 containers with such […] Malaysia: Food waste problem even bigger than we thought Cambodia may gain from Vietnam investing in better infrastructure

A plan to improve transport infrastructure in Vietnam’s Long An province may help the country achieve its stated goal of increasing trade with Cambodia. Long An Provincial Authority is setting up six transportation hubs to help boost imports and exports and improve the competitiveness of local communities. The centres are all connected to roads, rivers […]