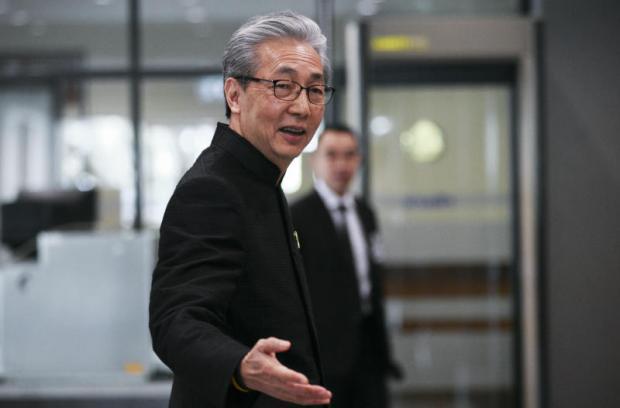 Britain and Thailand are committed to moving ahead with a bilateral free-trade pact and have agreed to set up a joint committee to work out the details.
Deputy Prime Minister Somkid Jatusripitak, who last Friday met Alok Sharma, Britain’s minister for Asia and the Pacific, said the two countries proposed speeding up trade talks and boosting bilateral trade and investment.
“We’ve agreed on the proposal, as the pact will benefit both nations,” Mr Somkid said.
Thailand and Britain agreed in principle last year during a visit to England by former deputy commerce minister Suvit Maesincee to work on a bilateral free-trade agreement to lessen the impact of Britain’s vote to leave the European Union.
Mr Somkid said he had also proposed during the meeting that economic cooperation be implemented on two levels: free trade and strategic partnership in specific industries.
He said the free-trade pact will take time and affect many parties, while a strategic partnership can, in specific areas where the two parties share common interests, be done more easily, deeply and quickly. One such example is cooperation on how to use Thailand as a gateway to Cambodia, Laos, Myanmar and Vietnam.
Mr Somkid said British businesses have also shown their intention to invest in Thailand, particularly in financial services and education, while Thailand aims to lure British investment in targeted industries such as high technology, automobiles, aviation and aerospace.
He said Mr Sharma had also asked him to lead a Thai delegation to visit Britain, possibly in April.
Britain is Thailand’s 19th-largest trade partner in the world and its second-largest partner in Europe.
Thailand’s trade value with Britain was registered at US$5.86 billion (206.7 billion baht) last year, down 7.9% from 2015. Exports from Thailand accounted for $3.85 billion, up 0.7%, with imports falling 21% to 2.01 billion.
Key exports include processed chicken, cars, electrical circuits, motorcycles, gems/jewellery, machinery, air conditioners, seafood, plastics and garments.
Mr Somkid is set to lead Thailand’s delegation to Myanmar during Feb 2-5 to develop a closer strategic partnership.