Tourism operators have slammed the government’s inefficient public inoculation scheme, which is preventing herd immunity as a fresh outbreak affects the industry for a third time.

Thailand’s tourism industry was hurt by a second outbreak of the pandemic late last year and was just starting to glimpse a potential recovery this month with the long Songkran holiday beginning next week.

“We cannot stop operations every time a new cluster causes the government to impose strict restrictions. The most urgent need right now is a pro-active strategy for the country’s public inoculation,” said Marisa Sukosol Nunbhakdi, president of the Thai Hotels Association.

The government has to balance economic and public health concerns, such as allowing interprovincial travel to help the economy move forward, she said.

Hoteliers have already received cancellations for both room and restaurant bookings, but most guests who have already booked for Songkran are still awaiting further updates from the government. 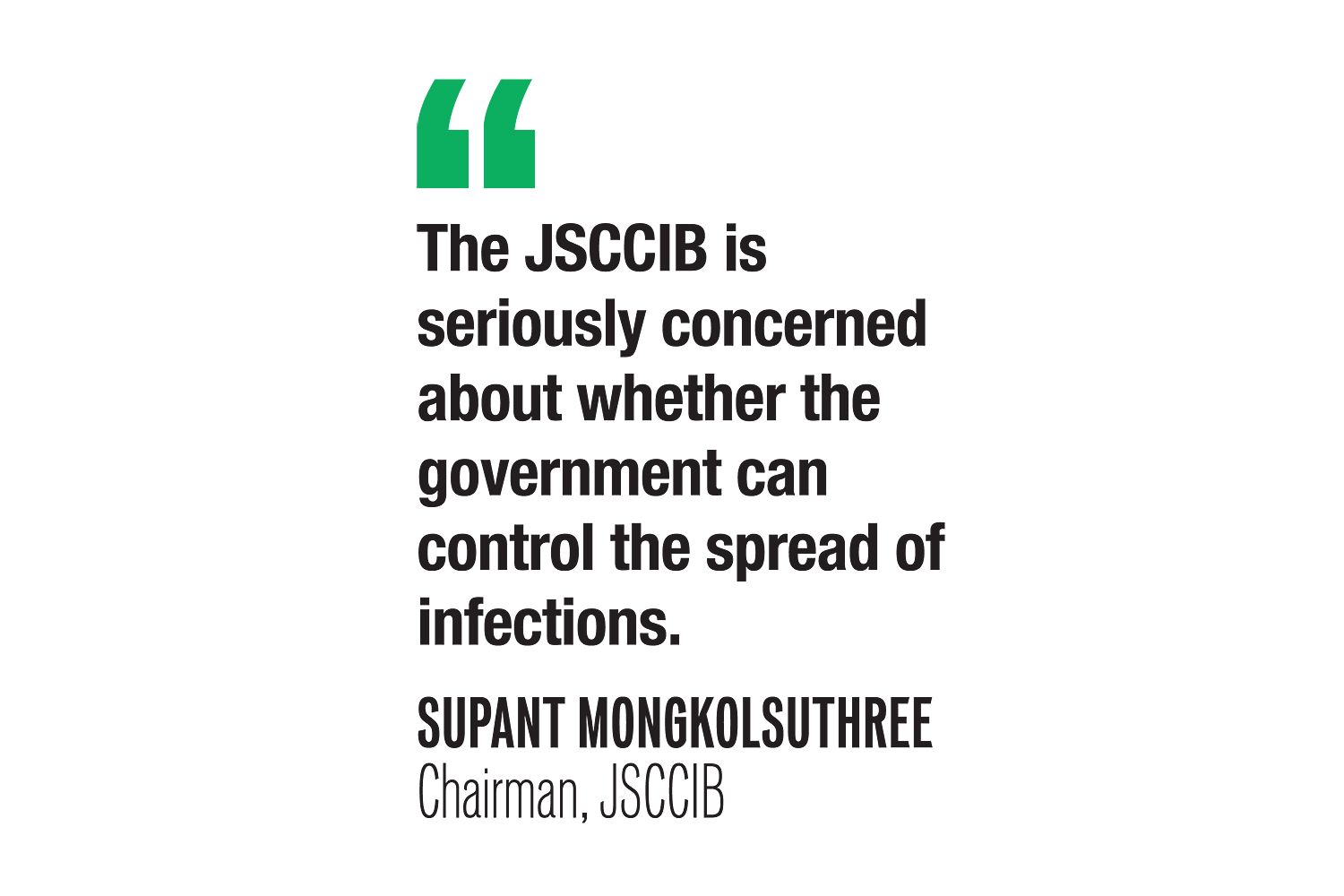 The average hotel occupancy nationwide during Songkran is expected to be around 30%, but the occupancy rate might drop after the report on new infections.

Thanapol Cheewarattanaporn, president of the Association of Domestic Travel, said the recent wave of infections will be more destructive to the tourism industry than the second wave detected in Samut Sakhon because the virus rapidly spread in Bangkok, which is the centre of the country’s economic and business activity.

The government should have searched more actively in nearby provinces around Samut Sakhon, as well as Bangkok, when the second wave started in December last year to ensure the virus was under control, he said. Such action would prevent a spike in later cases, such as a third wave, said Mr Thanapol.

Even though tour operators cannot predict the impact of a third wave, domestic tourism is likely to suffer and take longer to recover, he said.

Thai AirAsia said there has not been a significant number of cancellations following the new surge of infections.

However, passengers have shown concern over a 14-day quarantine requirement in Buri Ram province, which had already announced travel restrictions on people from red zones. Airlines are requested to provide them with latest official information.

The Joint Standing Committee on Commerce, Industry and Banking (JSCCIB) also called on the government to speed up administering vaccines to the Thai population.

“Authorities are slow in vaccinating people,” said JSCCIB chairman Supant Mongkolsuthree. “They should relax some regulations to facilitate companies that want to import vaccines and give them to employees.”

JSCCIB is preparing to reduce its GDP growth forecast on April 21, following the fresh outbreak of Covid-19 infections recorded earlier this week.

The group is worried the disease transmissions, resulting mainly from a cluster of pubs in Bangkok’s Thong Lor area, will plunge the country into a third wave of the pandemic.

He expects the new outbreak will hinder economic recovery as it comes after the government announced a plan to allow vaccinated foreign tourists to visit Phuket without quarantine from July 1.

“The JSCCIB is seriously concerned about whether the government can control the spread of infections,” said Mr Supant, who is also chairman of the Federation of Thai Industries.

The prediction was based on state economic stimulus measures and a hope for global economic recovery, following the distribution of vaccines in many countries.

If the ongoing outbreak causes the government to impose lockdown measures again during Songkran, it will cause an economic impact valued at 5 billion baht, said Sanan Angubolkul, chairman of the Thai Chamber of Commerce.

He recently talked with Bangkok Governor Aswin Kwanmuang about the situation and both agreed to carefully plan appropriate responses to the outbreak.

Public health is the first priority, but any steps against Covid-19 must be carried out with consideration of the impact on the economy. City Hall and the chamber agree only certain businesses will be temporarily shut down, with some areas under strict control, said Mr Sanan.