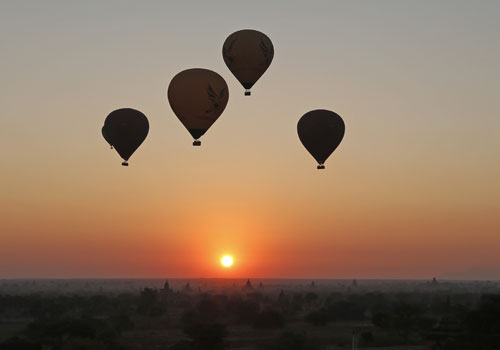 A public consultation on the regulations that will accompany Myanmar’s new investment law threw the spotlight onto the country’s complicated land legislation once again. But although they acknowledge the barriers that land rules present to potential investors, officials in charge of the investment law regulations say there is little they can do.

The Myanmar Investment Law was passed in October last year, replacing two older pieces of legislation that laid out separate rules for foreign and local investors and providing the government with a new framework to vary investment incentives across different states and sectors.

Much of how the law will work in practice will be clarified through accompanying rules and regulations. The government has instructed the Myanmar Investment Commission (MIC) and Directorate of Investment and Company Administration (DICA) to have these rules drawn by the end of March, according to U Aung Naing Oo, MIC secretary and DICA director general.

U Aung Naing Oo was speaking at a January 24 workshop organised jointly by DICA, the Union of Myanmar Federation of Chambers of Commerce and Industry and the World Bank. The meeting was designed to give civil society groups and members of the business community a chance to raise issues they felt the rules and regulations should address, with several pointing to uncertainty about land use.

Daw Than Than Aye, Myanmar legal coordinator for EarthRights International said that the law was unclear over what role the MIC would play in approving the use of land for investment purposes.

“It’s important to make it clear whether the MIC has the authority to give [an investor] the right to use land or not,” she said.

Myanmar law divides land up into several different types. Grant land, for instance, can be legally transferred and use for anything, farm land cannot. Some types of land can be converted to others, but the process is onerous and time consuming.

U Aung Naing Oo said that the MIC has no authority to issue a land use permit, and that the biggest challenge the MIC has faced in helping improve investment over the last five years has been land issues.

Even though a prospective investor and a land owner can agree to the terms of a land lease, the process of converting land from one type to another takes a long time, he said. Under the existing system, the MIC can only issue an investment permit once the land to be used has been converted to the appropriate type.

In the case of farm land, this can take more than two years.

U Aung Naing Oo said that the authorities drawing up the investment law rules and regulations are mulling over a slightly different system.

“What we are considering is that if the [local] state or region administrative authorities decide that land [in question] is appropriate for the type of business [being proposed] the MIC will issue the permit,” he said. The investor will then still have to go through the process of changing the land type if necessary, but will have their approved investment permit in hand.

It remains unclear whether this would make the process of conversion any faster, however.

Glenn Hunt, technical adviser for local NGO Land Core Group said that land ownership and land use are among the most important issues in the country, and go hand in hand with discussions around investment.

“People are concerned about land issues, and want to ensure that investment procedures don’t negatively impact people on the ground,” he said, but added that it was not necessarily a requirement that the investment law deal with these issues.

Land governance is an exceptionally complicated issue, and solutions require action in many different areas, he added.

“This [the investment law] is one aspect of that,” he said. “The interest in the questions today really highlights the need for the government to have more open consultations like this one on other laws as they move to restructure land governance.”

Charles Schneider from the World Bank Group, which has helped the government draw up the law, said that the investment legislation only ensures that investors have access to land, but how they acquire the land, lease it and convert it from one type to another are issues for land law and policies.

Land use was not the only point raised at the meeting. Director of the Myanmar Centre for Responsible Business Vicky Bowman said it was important that the rules and regulations ensure a level of transparency about investment in Myanmar.

“It doesn’t have to be commercial information,” she said. “It’s to give stakeholders and communities some basic information about the name of a company, location and what their activities are.”

There are also investments that will require government approval – those deemed “strategic” for the country, capital intensive or that may have a large impact on the local community or the environment. Ms Bowman said it would be interesting to see more details and transparency in the rules and regulations as to which projects will qualify for government approval.

U Aung Naing Oo said that this question was now under debate.

“We are still dealing with parliament for these criteria, as we don’t want to submit a lot of [investment] proposals to the parliament [under the new law],” he said, adding that this would make things difficult for the MIC, investors and for parliament. “We are trying to make it clear. There will be some criteria, precise definition[s].”

One participant also asked whether it would be possible to create a one-stop shop service for potential investors – which would provide information and a single location for all application procedures – similar to those created at the Thilawa special economic zone.

Mr Schneider said that by strengthening coordination between the various line ministries and the MIC, the commission could become the equivalent of a one-stop shop.

U Aung Naing Oo told The Myanmar Times last year that receiving a green light from line ministries is a “big barrier” for investors in Myanmar, whereas dealing directly with MIC takes much less time.

Better coordination between the MIC and the ministries, including having ministry representatives on the commission, will help allow approvals to be made faster and information exchanged more quickly, said Mr Schneider.