International Companies Struggle to Get Dollars in Myanmar 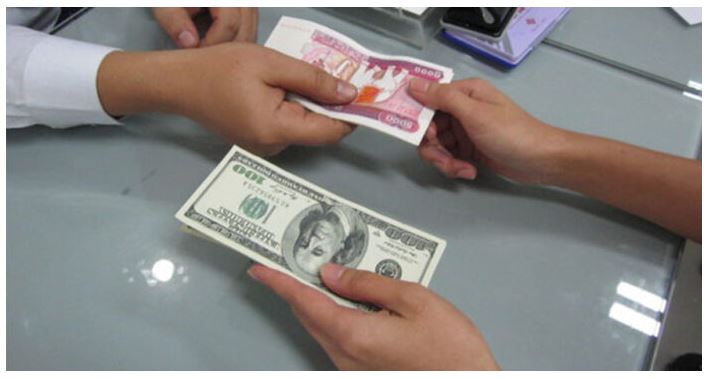 International Companies Struggle to Get Dollars in Myanmar

Foreign companies in the country are grappling with an increasing shortage of U.S. dollars, with the military government’s unpredictable foreign currency regulations putting their business operations at risk.

Foreign companies in Myanmar need US dollars to pay offshore vendors for the supply of raw materials and commodities. However, since the military seized control in February 2021, it has been extremely difficult for them to obtain dollars from banks.

After seizing power from a democratically-elected government, the Myanmar military started the Foreign Exchange Supervisory Committee (FESC) to oversee the country’s foreign currency policies. Shortly after that, the central bank announced a decision ordering foreign currency deposit holders, to convert USD into kyats. An exception was made for some approved enterprises and other organizations in this regard. The country’s foreign currency is now managed only by the government and given to importers in order of priority at an official exchange rate.

Companies are required to get FESC clearance before transferring any money outside of the nation, even to make payments for imports. The Myanmar military has already raised the list of commodities for which import licenses are required and established import quotas for each organization.

According to a report by Nikkei Asia, the official exchange rate is primarily applicable for importing fuel and edible oils. Since August the government has excluded other importers from the allotment system and asked them to procure dollars on their own. To enable them to do that, 35% of their foreign currency income is exempted from the compulsory conversion, so that companies can make dollars available to one another.

This policy effectively suggests that one could still get hold of dollars if they are not insistent on buying through approved sources. But in spite of the government’s stringent measures, there is still a shortage of dollars in circulation, which has led to almost double the rate in the black market. At the moment, according to the official rate set by the central bank, one dollar fetches 2,100 kyats and a dollar gets around 3,400 to 3,600 kyats in black market trading.

Needless to say, the value of Myanmar’s currency has fallen by more than half since the political turmoil in February 2021. And it is likely to be banned by the Financial Action Task Force (FATF) for failing to combat rampant money laundering. And this could harm the country’s capacity to attract or maintain international investment and further weaken its currency, making it more difficult to procure dollars.

The central bank announced a $200 million injection into the foreign exchange market at the end of August, just as the dollar price had risen to more than 4000 kyat. In the meantime, foreign investors continue to have a tough time running their operations in such an unstable economic environment as the dollar scarcity and subsequent drops in the kyat’s value are unlikely to be remedied soon.