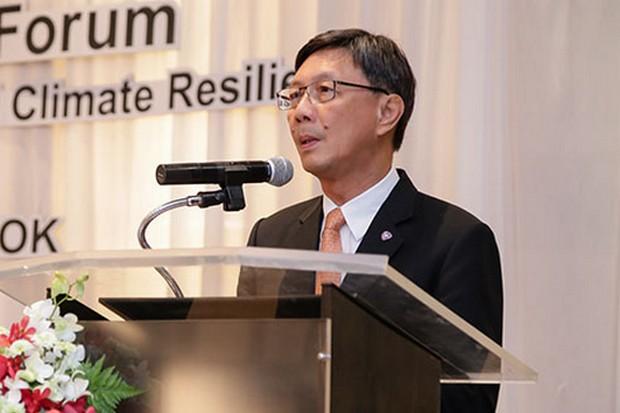 Thailand runs a large trade surplus with the United States and Trump last month ordered a study of the causes of US trade deficits.

“This is important and could create uncertainty in trade and investment although the details are still unclear,” Jane Namchaisiri, chairman of a joint panel of the Federation of Thai Industries, the Thai Bankers’ Association and the Thai Chamber of Commerce, told a briefing.

Thai exports, including food, electronics, automobiles and parts, could be affected by US anti-dumping and anti-subsidy duties, he said.

Other goods may also feel the pinch if Thailand’s trade partners, such as China and Japan, face US trade measures, Mr Jane said.

Exports are worth about two thirds of Thailand’s economy. The country is a regional production and export base for the world’s top carmakers and is the world’s number-two maker of hard drives.

Thailand had a trade surplus of about $18 billion with the United States last year, putting it 11th globally – well behind China’s $347 billion surplus or nearby Vietnam’s $32 billion.

But the United States is Thailand’s second-largest export market this year after China at a time the junta is struggling to lift growth in Southeast Asia’s second’s largest economy, which has lagged regional peers.

The junta should invite US representatives to come examine Thai products, rather than waiting for them to ask, Mr Jane said.

Assistant central bank governor Jaturong Jantarangs said on Friday there was time for negotiation before there was any impact on Thai exports to the United States.

A strong baht was also a worry, according to Mr Jane, with the currency becoming the best performer in Southeast Asia this year with a 3.7% rise against the dollar.