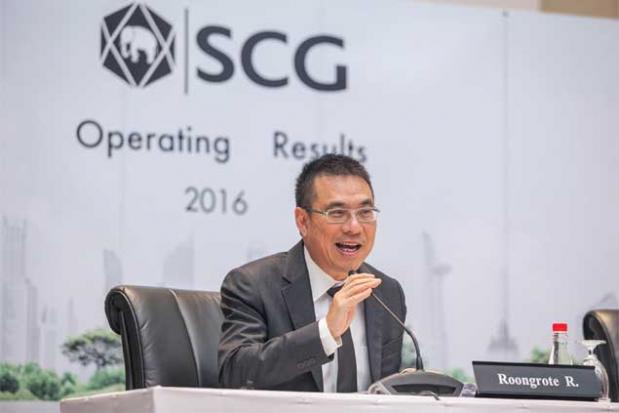 SET-listed Siam Cement Group (SCC) has revved up its much-delayed petrochemical complex in Vietnam by acquiring a larger stake in the project, making the industrial conglomerate the biggest shareholder, according to SCG’s statement to the Stock Exchange of Thailand (SET). SCG had sought a new partner for the Long Son Petrochemicals (LSP) project after its then partner Qatar Petroleum International opted out in 2015. But SCG eventually decided to purchase Qatar Petroleum’s stake in the project instead.
President and chief executive Roongrote Rangsiyopash said in the statement that the acquisition was done via SCG’s wholly owned subsidiary, Vina SCG Chemicals Co Ltd, which bought the entire 25% stake from QPI Vietnam Ltd, a subsidiary of Qatar Petroleum International.
The deal is worth US$36.1 million or around 1.3 billion baht, according to the statement.
With a construction period of five years, operations are expected to start in 2021, he said.
The acquisition increased SCG’s stake to 71%, up from 46%, making it the biggest shareholder. The remaining 29% is held by Vietnamese parties.
SCG decided to develop the $4.5 billion baht petrochemical complex in Vietnam several years ago, but the collapse of global oil prices in 2014 prompted Qatar Petroleum International to rethink the project, since its revenue had dropped sharply in line with oil prices.
The project will be financed with a combination of equity and debt and the final investment decision is expected to be made in the first half of this year, when the capital expenditure will also be outlined.
LSP is being positioned as Vietnam’s first petrochemical complex. The project will possess competitive aspects ranging from integration, economies of scale and feedstock flexibility.
The project includes a plan to develop non-petrochemical supporting infrastructure such as a deep-sea port and other facilities, which will account for 30% of total investment costs.
A major target of this project is the development of a 1-million tonne ethylene cracker with a flexible gas and naphtha feed, allowing for olefin capacity of up to 1.6 million tonnes per year.
The project’s olefins cracker will be equipped to maximise feedstock utilisation and optimise costs. It will be fully integrated for downstream polyolefin capacities of a similar scale.
LSP is located just 100 kilometres from Ho Chi Minh City, the economic heartland of Vietnam.
In 2015, Vietnam imported more than 2 million tonnes of polyolefins, with high growth rates anticipated in the future.
SCC shares closed on Friday on the Stock Exchange of Thailand at 524 baht, up two baht, in trade worth 561 million baht.