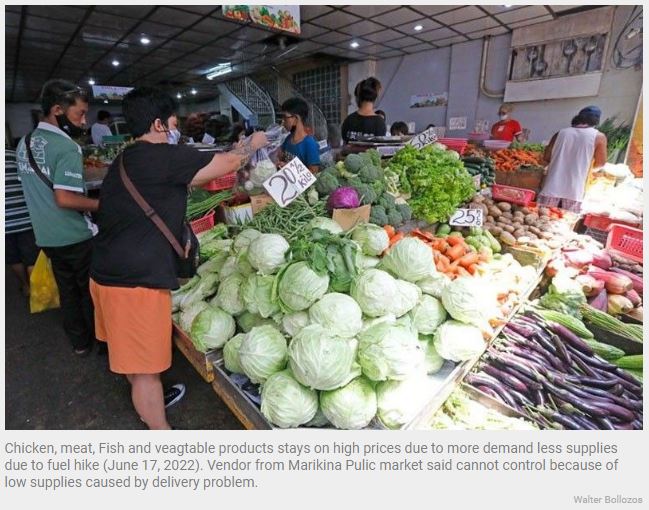 The Singaporean bank said July inflation likely settled at 6.1 percent or unchanged from June, staying above the two to four percent target set by the Bangko Sentral ng Pilipinas (BSP).

Inflation averaged 4.4 percent in the first half of the year after quickening for four straight months to hit its highest level in almost four years at 6.1 percent in June from 5.4 percent in May.

“Above target and high inflation is likely to keep the BSP on its interest rate hiking path over the coming months,” Baig and Rao said.

So far, the central bank’s Monetary Board has jacked up interest rates by 125 basis points, bringing the overnight reverse repurchase rate to 3.25 percent from an all-time low of two percent.

Aside from the back-to-back 25 basis points rate hikes on May 19 and June 23, the BSP delivered a huge 75-basis-point increase during a surprise off-cycle rate-setting meeting last July 14.

“The question will center around the size of the hike – whether 25 basis points or 50 basis points. This would largely depend on several factors, including July’s actual inflation outcome, the peso’s direction and commodity prices,” Baig and Rao said.

According to DBS, a more hawkish decision tilted toward 50 basis points might occur if inflation surprises to the upside, the peso weakens and commodity prices take off again.

During the general membership meeting of the Financial Executives Institute of the Philippines, Medalla appeared convinced that inflation has already peaked and is set to return to within the two to four percent target next year.

The BSP expects inflation to settle between 5.6 percent and 6.4 percent, with a mid-point of six percent in July from 6.1 percent in June.

“What we are seeing is maybe that is already the peak and maybe it will go down,” Medalla said.

The BSP chief said inflation is likely to breach the central bank’s two to four percent target this year as the Monetary Board raised its inflation forecast to five instead of 4.6 percent for this year.

However, Medalla said inflation is likely to ease within the target range next year as it is set to revised downwards its inflation forecast for 2023 and 2024.