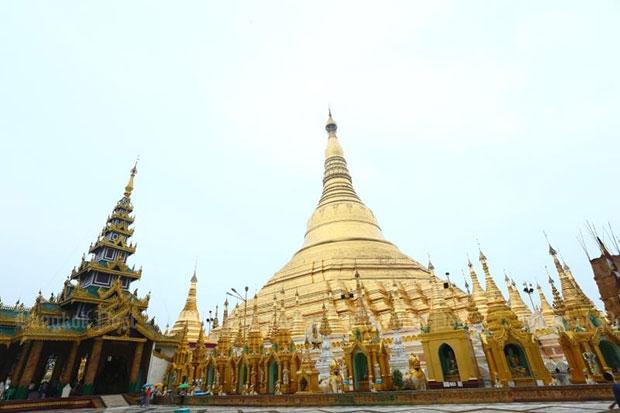 Both the draft Law Concerning Foreigners and the Foreign Worker Law are pegged as priorities for the next Pyidaungsu Hluttaw session which opens on Jan 30.

In their current iteration, the laws would require foreigners who live and work in Myanmar to obtain a slew of documentation and undergo a medical examination within seven days of arriving in the country, and would also place restrictions on travelling or relocating.

The Ministry of Labour, Immigration and Population is behind both bills. The Law Concerning Foreigners was the brainchild of the Immigration Department, while the Foreign Worker Law was engineered by the factory and general labour law department.

Both laws have been slammed by lawyers and analysts for at best creating more bureaucratic red tape, and at worst, fanning the flames of nationalist, anti-foreigner sentiment, and in doing so, creating a climate hostile to would-be investors.

According to a recently published draft, the Law Concerning Foreigners requires non-citizens who are above the age of 10 and who are planning on residing in the country for more than 90 days to obtain a foreigner registration certificate (FRC), and carry it at all times. While the stipulation is technically already on the books, the provision is rarely enforced.

Under the draft, failing to apply for the certificate could see the offender behind bars for up to five years.

The clause gaining the most attention, however, concerns internal travel. In order for the FRC holder to take a trip within Myanmar of more than 24 hours, the prior approval of a “registrar” –- defined as someone who heads a township immigration, manpower office or higher -– needs to be sought. Failure to obtain permission could result in a maximum one year prison sentence.

Experts in the business community say the provisions could have far-ranging consequences on country desiring to attract foreign investors but already having problems with its reputation on the international stage.

Vicky Bowman, director of the Myanmar Centre for Responsible Business, said the draft laws open up a host of potential problems, ranging from additional administrative delays to increasing the opportunities to impose “tea money” bribes.

“Any interaction with government authorities which involves obtaining permission is a corruption risk, and that really worries foreign investors.  Both these laws require multiple permissions when conducting day to day business,” she said in an email.

“At a time when Myanmar has huge skills gaps and investment needs, if it is to grow, it needs foreign workers and foreign capital. But both this FWL and the amendments to the Foreigners Law are sending a negative signal about openness to foreigners,” she added.

Last year, the World Bank ranked Myanmar 170 out of 190 economies on the ease of doing business. A long list of procedures, low-quality judiciary and slow bureaucratic processes were all seen as major stumbling blocs.

But others have suggested that the impact of the draft foreigner legislation could be minimal since similar regulations are already in place.

Anna Makosa, a senior associate at law firm VDB Loi, said there will likely be no hit to foreign investment so long as “no draconian enforcement regime is implemented”.

“Workers of any flavour will only really be affected if the enforcement regime is changed. It’s worth mentioning that the draft specifically excludes UN employees, UN agency employees, and their family members, which would lessen the burden on such workers,” she said.

Others who spoke with The Myanmar Times were less optimistic, and questioned the exigency of putting into effect new laws with the hope that they will not be systematically enforced.

“Such restrictions and surveillance are menacing measures, and against the usual climate in Myanmar of harassments, arbitrary arrests and a denial of due process due to an ineffective judiciary, they exceed what is permissible under Myanmar’s international law obligations,” said Vani Sathisan, an independent legal expert who has lived in Myanmar for three years working on international human rights law.

“The NLD government must be mindful of the vital role these journalists and human right activists have played in ensuring that they come to power and end a backsliding of human rights,” she added.

Both the laws have been put forward by a ministry under the control of the civilian elected, NLD-back government.

The Immigration Department said it has been working on retooling the law concerning foreigners since 2012, and has now submitted the draft to parliament’s joint bill committee.

“The previous law published in 1948 is already old and not suitable for the current situation. So, we changed the terms and also the penalties to be more in line with the modern climate,” said Daw Aye Aye Thein, director of the Immigration Department.

Regarding the travel restrictions in the draft bill, Daw Aye Aye Thein said the permission requirement follows international standards, and added that other countries in the region, such as Thailand, have similar provisions.

“I don’t think it is a burden [for foreigners] to have to report when they travel,” she said.

The other draft law, the Foreign Worker Law Act, has been in the drafting stage since 2006, said Nyunt Win, deputy director general of the factory and general labour law department. He said a version was submitted to the government last December for review.

“The purpose is in order to be able to control the foreign workers in the country and also to have a list of them,” he said.

When asked if he thought the legislation might have an impact on foreign investment, he said if anything it could stand to increase the number of responsible investors.

“If they really understand this law, they know it will be better for foreign investors,” he said.

If approved in its current state, the law would require all non-Myanmar citizens working in the country to leave every four years and reapply for work permits from abroad.

“This law is in line with international standards,” he said.

Daw Phyu Phyu Zin, a programme and communications officer at the Myanmar Centre for Responsible Business, said she has some concerns about the draft, but is waiting to see what parliament does with it following a review and debate.

“My major concern is that according to these laws, if a foreigner violates any part of it, he or she may be arrested anywhere without the need for a warrant. My worry is that this may harm the country’s human rights record,” she said.