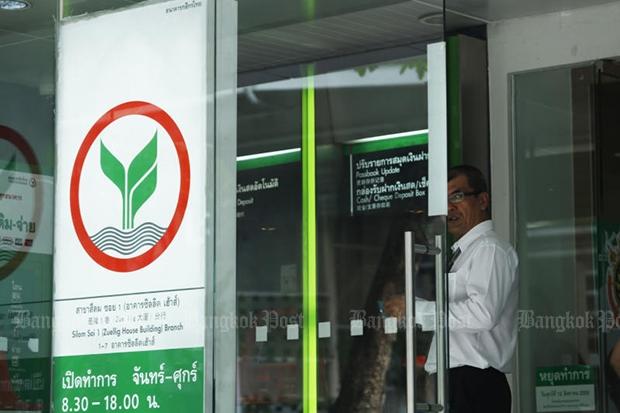 Kasikornbank plans to upgrade its banking operations in three overseas markets — Myanmar, Vietnam and Indonesia — over the next two years in a bid to strengthen its regional position.
KBank’s executive vice-president Pattarapong Kanhasuwan said the bank is considering several business models to match the demand and landscape of each market.
“We hope to get foreign banking licences that allowing us to offer full-range banking services in all three markets, but it would depend on each country’s regulations, said Mr Pattarapong.
Kbank, the country’s fourth largest lender by total asset, has a representative office in Myanmar, and operates under local banking licences in Vietnam and Indonesia through partnership strategy: with Bank Central Asia in Indonesia and Vietnam Joint Stock Commercial Bank for Industry and Trade (VietinBank) in Vietnam.
In Myanmar, KBank will have to wait until the government has completed its amendment of the Foreign Business Act before applying for a foreign banking licence.
With all three countries in the stage of developing their banking rules and regulations and the industry under the strict control of the central bank, it would take some time before licences for foreign banks would be granted. Due to the restrictions, KBank said it would need to find other models in the meanwhile to ensure management power. A majority stake in a local bank would be an option but this will require a huge investment.
“We would rather focus on partnerships and joint ventures with local banks for some areas such as digital banking services,” Mr Pattarapong said.
“Digital banking is another key area that the bank is planning to develop in the Asean networks, particularly, mobile banking and e-wallet to serve the changing trend of consumers lifestyle. However, physical platform is still necessary as it builds confidence for both regulators and customers in each country,” he said.