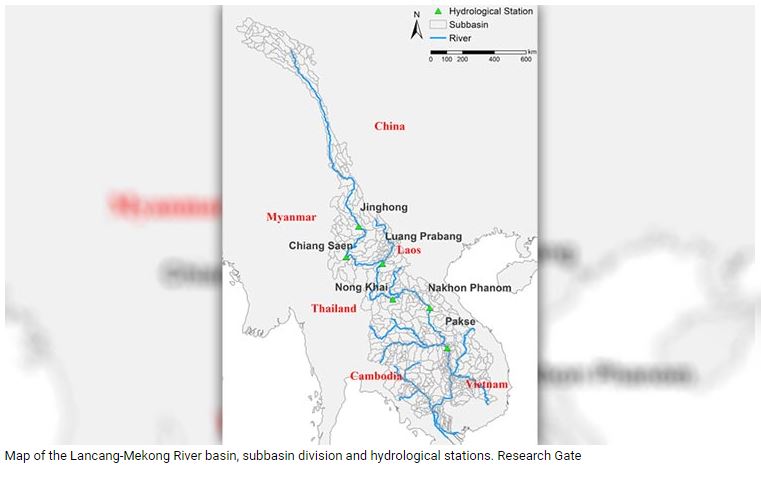 China has committed to many regional development projects under the Belt and Road Initiative and the LMC with the Mekong-Lancang countries.

Thong Mengdavid, a research associate of the Mekong Center for Strategic Studies at the Asian Vision Institute, a think tank in Phnom Penh, told China Daily that China has committed to many regional development projects under the Belt and Road Initiative and the LMC.

“Regional cooperation should be endorsed and strengthened for the welfare of the people living in the Mekong-Lancang countries,” Thong Mengdavid said.

Noting that China since November 2020 has been sharing year-round hydrological information about the Lancang River with Mekong countries and the Mekong River Commission, an intergovernmental agency, the researcher said this contributes to the improvement of river monitoring and forecasts for floods and droughts in the Mekong countries.

While the steady development of bilateral ties between China and Mekong countries, especially in the investment and tourism sectors, will remain crucial, Thong Mengdavid said the promotion of the digital economy and digital society has become the driving force for the region’s economic growth.

The names Lancang and Mekong refer to the same important waterway that runs across China and the Indochina Peninsula. The river is called Lancang in China and the Mekong in Myanmar, Laos, Thailand, Cambodia and Vietnam.

Over these past six years, the LMC has become one of the most dynamic cooperation mechanisms in the subregion as regional countries deepen their friendship and promote pragmatic cooperation.

The coordinated response to the pandemic by countries that work together under the Lancang-Mekong Cooperation grouping demonstrates that the LMC will remain a key driver for regional socio-economic development and sustainability, experts say.

China has provided nearly 200 million Covid-19 vaccine doses to the five Mekong countries and also worked with Myanmar to produce vaccines there. Earlier, the Mekong countries had donated medical supplies to China when the country was trying to control the outbreak in virus epicentres like Wuhan.

China also accelerated programmes such as the Lancang-Mekong Sweet Spring project during the pandemic, with the aim of ensuring safe drinking water in rural areas of the Mekong countries.

Ukrist Pathmanand, director of the Mekong Research Center of the Institute of Asian Studies at Bangkok’s Chulalongkorn University, said the LMC represents “important regional cooperation” in the Greater Mekong Subregion.

Unlike many other cooperation frameworks in the subregion, the LMC is mainly focused on socio-economic development, he said. The framework was established on March 23, 2016, by the six countries that share the river.

In the pursuit of joint development, trade volumes between China and the Mekong countries reached nearly $400 billion in 2021, a year-on-year increase of 23 percent, according to Chinese Ambassador to Thailand Han Zhiqiang.

Key infrastructure projects such as the China-Laos Railway have made huge progress in enhancing regional connectivity. As of Sunday, the railway had handled over 2.25 million passenger trips and transported 1.31 million metric tonnes of cargo since its launch in December, Xinhua News Agency reported.

Besides the close trade and economic ties, Ukrist noted that China, during the pandemic, was the first to provide timely medical support to Mekong countries, sending vaccines to help build up immunity against Covid-19.

“It is very important for China to participate and be a key member of the LMC because (this is about) people-to-people relations in the region,” said Ukrist, adding that the LMC functions not only at the government level but also connects ordinary people, especially the poor and those living close to the river.

As the pandemic has highlighted the importance of sustainable development, Ukrist said regional governments need to find a balance between economic growth and sustainability.