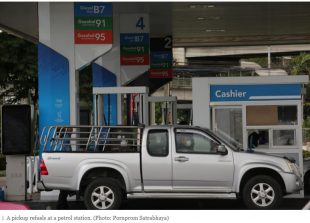 Thailand: Gasohol E20 poised to be primary fuel at stations

Energy authorities are planning to make gasohol E20 the primary oil fuel at petrol stations in place of gasohol E10, also known as gasohol 91, which will be gradually phased out. Gasohol E20 is a mix of gasoline and 20% ethanol, while gasohol E10 is blended with 10% ethanol. Gasohol E10 is known by motorists […] 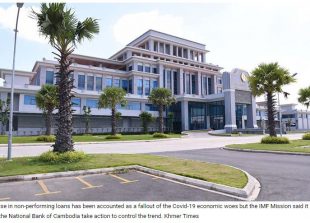 Restructured loans of private borrowers in Cambodia have gone up to 13 percent of GDP as of June 2022 and non-performing loans (NPLs) have risen to nearly 4.5 percent of the Gross Domestic Product (GDP), according to the IMF Mission that completed its mandatory Article IV Consultation in the Kingdom recently. The total outstanding private […] 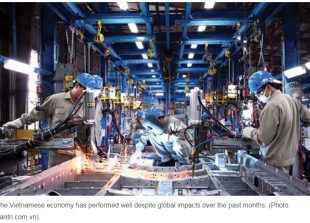 The Asian Development Bank, in its flagship economic update released on September 21 in Hanoi, has maintained its favourable economic outlook for Vietnam, with the country’s GDP projected to expand 6.5% this year and 6.7% next year. According to Andrew Jeffries, ADB country director for Vietnam, the Vietnamese economy recovered faster than expected in the […] 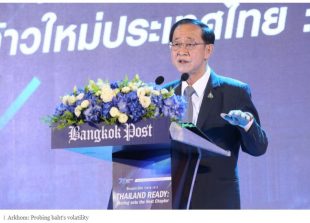 The Finance Ministry will hold talks with the Bank of Thailand to discuss and delve into the factors behind the weakening baht, said Finance Minister Arkhom Termpittayapaisith. He said the depreciating currency has added to inflationary pressures thus necessitating an examination into whether the declining value of the baht is linked to the country’s economic fundamentals or […]