SINGAPORE (THE STRAITS TIMES) – Singapore’s overall and core inflation continued to climb in November, after both benchmarks hit their highest in several years the previous month. Both benchmarks rose faster than economists had predicted. Core inflation, which excludes rents and private road transport costs, climbed to 1.6 per cent last month from 1.5 per […] Only Japan has officially agreed with Vietnam’s plan to resume regular international flights starting next year with four flights a week, the Civil Aviation Authority said on December 23. Vietnam is eyeing restoring air links from January 2022 to nine destinations with a high level of epidemiologic safety: Beijing/Guangzhou (China), Tokyo (Japan), Seoul (the Republic […] MANILA, Philippines — The Bangko Sentral ng Pilipinas (BSP) has joined the fight against predatory lenders charging an interest rate of as much as 504 percent per annum, as it decided to impose a cap on the charges imposed by lending firms, financing companies and online lending platforms on borrowers. BSP Governor Benjamin Diokno said […]

The Bank of Thailand said on Friday it expects to test its retail central bank digital currency (CBDC) for the public in late 2022, later than planned, as an alternative payment option. The pilot project, previously planned for the second quarter of 2022, will evaluate the use of the CBDC in cash-like activities within a limited […] 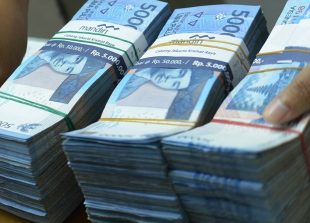 The Indonesian rupiah hit its highest in nearly two months on Friday and was eyeing its best weekly gain since early May, boosted by improving market sentiment on hopes the Omicron coronavirus variant won’t damage the economy too much. Most other Asian emerging currencies clung to narrow ranges against the dollar, while equities were largely […] Eighty-three investment projects were registered in a span of nine months this year, which is a decline of 38 projects, said a report of the Ministry of Economy and Finance. The investment projects worth $1,135 million, 80.6 percent decrease compared to the same period last year, the report further stated. The projects created approximately 64,000 […]